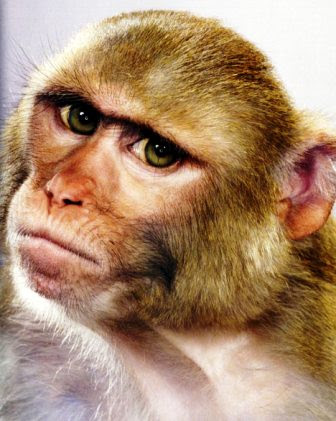 The Florida population of  rhesus macaque gained a foothold niche in the Silver River State Park  Local legend has it that the monkeys descended from animals used to film several Tarzan movies nearly 50 years ago at Silver Springs. The first monkeys were brought here at that time, but by a former Jungle Cruise operator who figured that the animals would add an exotic and amusing touch to the lush natural setting. In addition, various colonies of rhesus and other monkey species are speculated to be the result of zoos and wildlife parks destroyed in hurricanes, most notably Hurricane Andrew.

The rhesus macaque has a brown body with lighter brown under parts. The monkey's face and rump are red. The average height for females is 18.5 to 20.9 inches, and 19 to 25 inches for males. The average weight for females is approximately 9 to 24 pounds, while males weigh between 12 to 24 lbs. The head is round, the eyes oval, and the ears small. The front legs are longer than the hind legs. 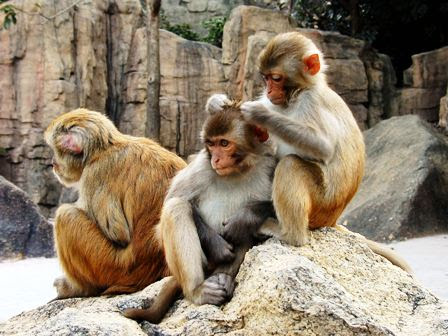 A diurnal animal, the Rhesus Macaque is both arboreal and terrestrial; it is mostly herbivorous and feeds on leaves and pine needles, roots, and the occasional insect or small animal. The monkey has specialized pouch-like cheeks, allowing it to temporarily hoard its food. The gathered morsels are eaten sometime later, in safe surroundings.

Learn all about Florida nature at Floridiannature.com
at 1:38 PM