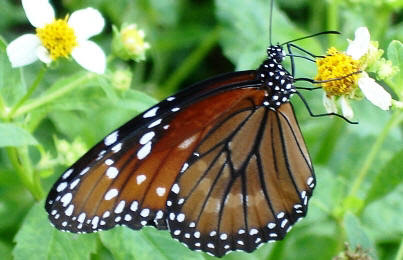 Everyone living in Florida should already know what a true blessing it is to live in such a beautiful state that abounds in nature. The word Florida  comes from  the Spanish Pascua Florida, meaning “feast of flowers” and it lives up to its name. Florida has some of the most beautiful and diverse plants in the country. Florida's plant life includes approximately 450 species of native trees and shrubs. From fall through spring Florida not only enjoys its best weather, this period also furnishes the year’s prime birding and wildlife viewing opportunities. 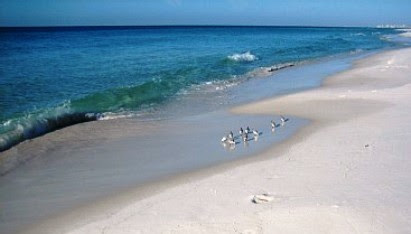 As other states are trapped in November snowstorms, we are enjoying warm temperatures across the state.The climate has always been one of Florida's most important natural resources, which is reflected in its official nickname, the "Sunshine State." Florida is famous for it's generally warm climate. The climate of Florida is partially controlled by the fact that because it is a narrow peninsula, no part of the state is very far from the ocean. North of Lake Okeechobee, you will find a humid subtropical climate, while south of the lake it is a tropical climate. The seasons in Florida are determined more by precipitation than by temperature, with the hot, wet springs and summers making up the wet season, and mild to cool, and the relatively dry winters and autumns, making the dry season. 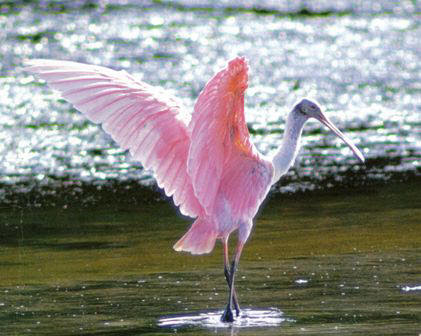 People aren't the only snowbirds that come to Florida in the winter.  Over 175 bird species are known to breed in Florida and almost three hundred birds migrate here in the fall spring or winter months.Florida bird habitats range from isolated islands of the Dry Tortugas to remote interior swamplands and our increasingly numerous suburban backyards. All of Florida's native birds are protected under the Federal Migratory Bird Treaty Act and are also protected under state law, and may not be trapped or killed without federal permit. Endangered and threatened species are additionally protected.
at 12:04 PM No comments: 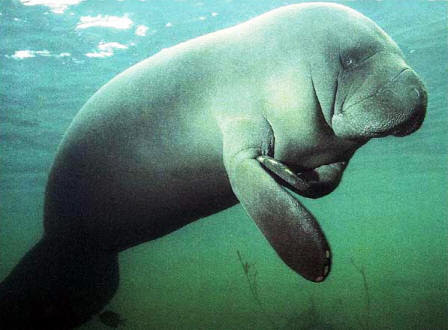 As the weather cools we get to manatee season here in Citrus County. If you have nor experienced manatees up and personal, you should make plans to do so this year. They are truly a pleasure to behold.Manatees are very gentle, slow-moving, graceful swimmers. A manatee uses its flippers and tail to steer itself through the water and moves its tail up and down to propel itself forward. Manatees are quite agile in the water. They can swim upside down, roll, do somersaults or move vertically in the water. Manatees emit sound under the water. They make these sounds when they are freighted, or interacting with another. Sound is not the only form of communication that a manatee will use there are sight, taste, touch, and smell. 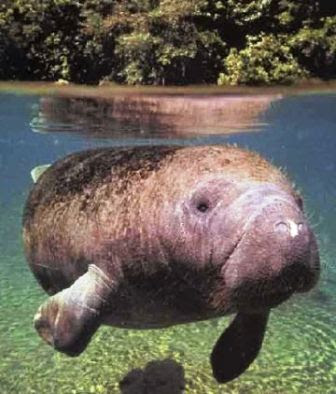 Citrus County is currently the only place in the US where you can interact and swim with the West Indian manatee without that act being viewed as harassment by Law Enforcement. This endangered species makes Citrus County's spring fed rivers its wintering home. The Crystal River National Wildlife Refuge, was established in 1983 specifically for the protection of the endangered West Indian Manatee. This unique refuge preserves the last unspoiled and undeveloped habitat in Kings Bay, which forms the headwaters of the Crystal River. The refuge preserves the warm water spring havens, which provide critical habitat for the manatee populations that migrate here each winter.
at 2:33 PM No comments: 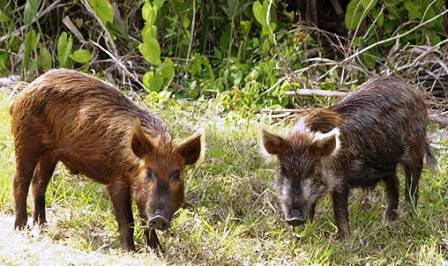 Wild hogs, often called feral hogs are common in Floridian nature. These hogs started as farm animals but once they escape they quickly turn feral and it doesn't take long for their looks to change. First brought to Florida in the 1500's when Hernando de Soto brought swine to provision a settlement he established at Charlotte Harbor in Lee County, wild hogs are now found in every county in the state. While hunters love the opportunity to hunt a large hoofed animal, homeowners and especially golf course owners are not as happy to find them in the area. Unlike coyotes that may live in your area and seldom be seen, wild hogs make their presence known by rooting up everything in site.  Wild hogs are omnivorous, opportunistic feeders. However, they consume far more plant than animal material, and may occasionally consume carrion. The list of foods eaten by hogs is diverse and includes grass, forb, and woody plant stems, roots, tubers, leaves, seeds, and fruits, fungi, and a variety of animals including worms, insects, crustaceans, mollusks, fish, small birds, mammals, reptiles, and amphibians. 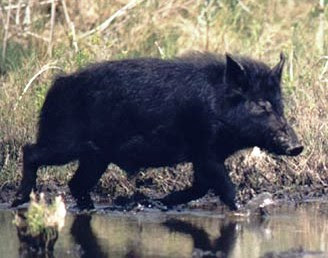 The the most part wild hogs are harmless, but males can be quite feisty and so are females with babies. I ran into a female hog on one of my walks and she had about 6-7 babies the size of a large football. I steered clear, although the babies started to come near me. I also ran into a male boar who came rushing out of the woods in a full sprint. I was startled to see the boar and more startled at the thought of what it was that the boar was running from! Average adult males may weigh 200+ pounds, stand 3 feet at the shoulder, have tails reaching 12 inches, and are almost 5 feet from the tip of the tail to the tip of the snout. However, males greater than twice this size have been recorded. Hogs have 4 continually growing, self-sharpening tusks (2 in the upper and 2 in the lower jaw; the rubbing of upper and lower tusks keeps them sharp). Tusks in females are relatively small,  while in males they become quite pronounced and have trophy value.
at 5:48 AM No comments: 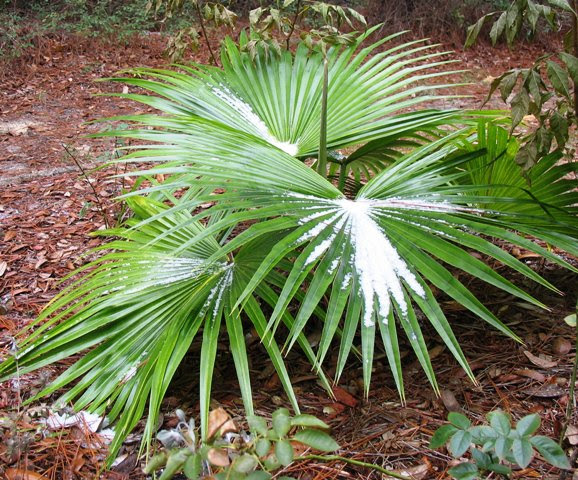 When I woke up this morning the outdoor thermometer read 37 degrees. This picture was from a few years ago when I awoke to some Florida snow. It certainly wasn't that cold this morning but wasn't typical a Florida temperature for November. With no clouds  to be found the day remained cool but that Florida sunshine felt great on the skin and I wasn't the only one who seemed to notice. I opened my back door and saw a black racer sunning in the grass but he didn't stick around long enough for a photo. 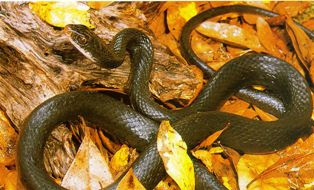 Black racers are large, active snakes with smooth, shiny scales. Adults average 23 to 50 inches in length, while young are about 15 inches long. Racers prefer dry open fields, meadows, forest clearings and prairies. They are active in the daylight hours and can be relatively easy to spot in the field because they often forage with their head and neck raised above their body. Racers often bask in the sun in low brush and can quickly disappear from view, thus the name “racer.” They are the only species that will occasionally charge at a person. This behavior is a bluff and the racer will retreat if challenged. Racers eat a variety of rodents, insects, amphibians, other reptiles, birds, and bird eggs. 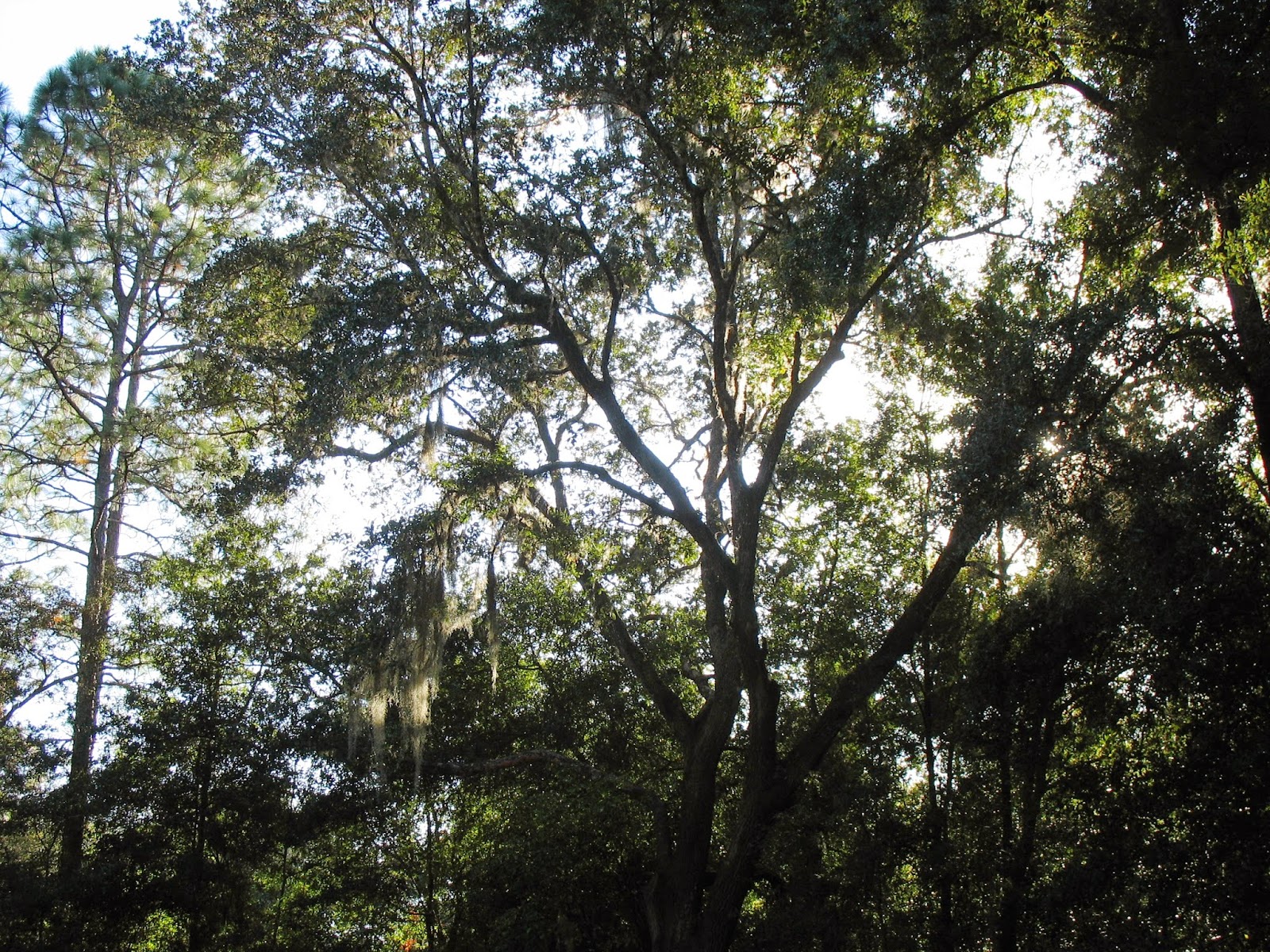 Our yard is heavy with both live oak and turkey oak trees and every few years our live oaks put out a tremendous amount of acorns. I'm talking needing to wear a hard hat to go in the back yard amount of acorns! Live oak is a large spreading tree of the lower Coastal Plain from southeastern Virginia to southern Florida. It normally grows in low sandy soils near the Coast but also occurs in moist rich woods and along stream banks. On the Gulf Coast, live oaks often support many types of epiphytic plants, including Spanish moss.