The Rainbow River is located in the southwest corner of Marion County Florida. It is formed by a first magnitude spring that is ranked fourth in the state for volume of discharge. In addition to the springs located at the headwaters, there are many smaller springs that discharge from numerous caves, rock crevices, and sand boils the entire length of the river. The Rainbow River is a gently winding river that is 5.7 miles long and merges with the Withlacoochee River at Dunnellon Florida. The headwaters is the anchor for the Rainbow Springs State Park. This first magnitude spring is not one large vent but is numerous vents that issue 400 - 600 million gallons of crystalline water every day.

Rainbow Springs State Park is comprised of 1,459.07 upland acres (which includes around 100 acres of wetlands) and 12.83 submerged acres. The most significant natural feature is the first magnitude headspring basin which produces between 400 - 600 million gallons of fresh water per day, forming the Rainbow River. The looking glass waters of Rainbow Springs come from several vents, not one large bubbling spring. The river itself supports a wide variety of fish , wildlife, and plants, many within easy viewing by visitors. In total, the park contains 11 distinct natural communities, including sandhills, flatwoods, upland mixed forests, and hydric hammocks. Visitors are able to see a variety of wildflowers in season; oak, longleaf pines, magnolia, dogwood, redbud, and hickory trees; gray squirrels, red-shoulder hawks, swallowtail kites, barred owls, whitetail deer, and a wide variety of wading birds. The relative peace and quiet of the winter season offers much for the nature enthusiast. There is an interpretive room located in the visitor center displaying historical, natural, and cultural resources of the park.

Floridian Nature spot of the week: The Everglades 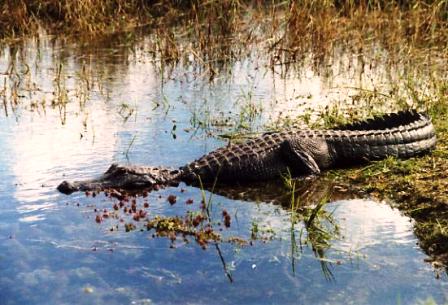 Everglades National Park, the largest subtropical wilderness in the United States, boasts rare and endangered species. The largest body of water within the park is Florida Bay, which extends from the mangrove swamps of the mainland's southern tip to the Florida Keys. Over 800 square miles of marine ecosystem lies in this range. Coral, sponges, and seagrasses serve as shelter and food for crustaceans and mollusks, which in turn are the primary food source for larger marine animals. Sharks, stingrays, and barracudas also live in this ecosystem, as do larger species of fish that attract sport fishing. Pelicans, shorebirds, terns, and black skimmers  are among the birds frequenting park shorelines. Everglades National Park contains the southern 25 percent of the original Everglades marshland region of southwestern Florida. The park visited by one million people each year and has been declared an International Biosphere Reserve, a World Heritage Site, and a Wetland of International Importance, only one of three locations in the world to appear on all three lists. The Everglades is a slow-moving system of rivers, flowing southwest at about .25 miles  per day, fed by the Kissimmee River and Lake Okeechobee. 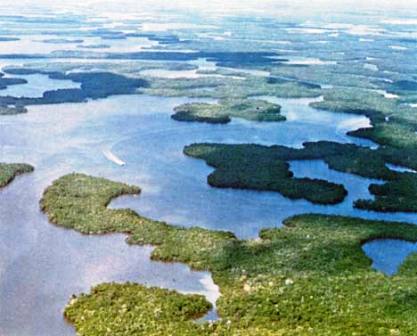 Unlike most other U.S. national parks, Everglades National Park was created to protect a fragile ecosystem instead of safeguarding a geographic feature. Floridians hoping to preserve at least part of the Everglades first proposed that the area become a national park in 1923. Five years later, the Florida state legislature established the Tropical Everglades National Park Commission to study the formation of a protected area. Thirty-six species designated as threatened or protected live in the park, including the Florida panther, the American crocodile, and the West Indian manatee. Protecting the largest U.S. wilderness area east of the Mississippi River, the park is the most significant breeding ground for tropical wading birds in North America, and contains the largest mangrove ecosystem in the western hemisphere. More than 350 species of birds, 300 species of fresh and saltwater fish, 40 species of mammals, and 50 species of reptiles live within Everglades National Park. All of southern Florida's fresh water is recharged by the park, including that of the Biscayne Aquifer.
at 11:44 AM No comments: Links to this post 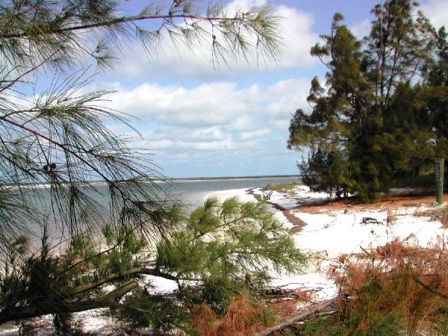 Spring is in the air and it is the perfect time to explore Floridian Nature! The island of Anclote Key houses both the Anclote Key State Preserve and the Anclote National Wildlife Refuge. Accessible only by private boat, this island park has a lighthouse and wildlife area that is a sanctuary for rare and endangered species. Blue-green Gulf waters lap gently along the preserve´s beautiful four-mile-long beach. About 1,000 years ago this island was pushed up from the Gulf floor to rest on a limestone platform. Its geologic growth hasn’t stopped. Recent research has documented a 30 percent increase in the size of Anclote since 1957. 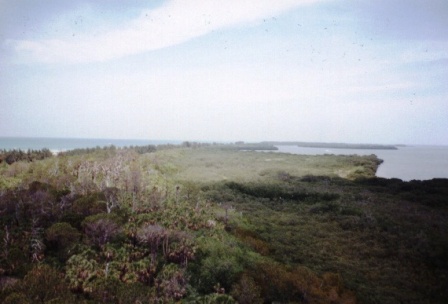 Much of the 180 acres encompassed by Anclote Key is very damp and marshy, which makes it hard to travel around unless you walk along the sand beaches. The color of the water resembles that of the Florida Keys because it is a turquoise-color. The island's intercoastal side, or eastern side, has no beach. Instead, it has mangroves and mushy mud, almost like quicksand. The western side, or Gulf of Mexico side, however, is sandy from the waves. There are more of the taller trees on this side, like palms and pines rather than shrubs and mangroves. From the top of the lighthouse, you can actually see the distinct line in which the island is split between short shrubs and tall trees. One of the wonderful things about this quiet, peaceful paradise is that you can literally pull up to an un-inhabited part of the island, set up your chairs, and enjoy your own personal part of the beach.
at 4:04 PM No comments: Links to this post